The Importance of Biblical Preaching and Preachers 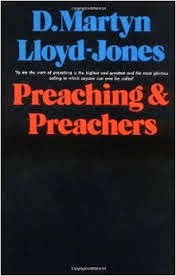 Martin Lloyd-Jones wrote one of the finest books on preaching. It is a fascinating study of a lost art among ministers today. I would encourage everyone to read it. Even those who are not ministers would find it a rich blessing to their soul.

Steve Lawson is a gifted preacher and writer. His comments on preaching below are an indictment against the current trends in Christendom. Western Civilization is in serious decline and is in danger of being buried under a mountain of anti-Christian bias. The cause of this is to be laid at the feet of the church itself for abandoning the gospel and compromising with the spirit of the age. Let us pray for a revival of holy living, faithful preaching of the gospel, and a passionate commitment to the Lordship of Christ. 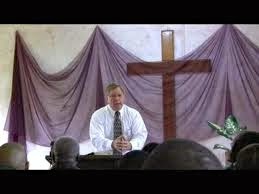 Steven Lawson on "Preparing the Preacher"

As a man, preacher, writer, and theologian, Calvin was unflinching in his pursuit of God. He was an ardent Bible student and an impassioned servant of the Lord. Week after week, month after month, year after year, and decade after decade, he anchored himself to the biblical text, then made it known to his people.

This tenacious study, personal piety, and relentless ministering were maintained by a passionate desire to see God glorified. For Calvin, "Teachers cannot firmly execute their office except they have the majesty of God before their eyes." Even to the end, Calvin held that "The majesty of God is...indissolubly connected with the public preaching of His truth.... If His Word is not allowed to have authority, it is the same as though its despisers attempted to thrust God from heaven." This focus on upholding the glory of God gave meaning to his life, his ministry, and especially his preaching.

It is desperately essential in this hour that preachers recover a soaring vision of the supremacy of God. Life-changing, history-altering preaching will come only when pastors reclaim a high view of God's blazing holiness and are overshadowed by His absolute sovereignty. Towering thoughts of God's transcendent glory must captivate preachers' souls. May you be one who leaves the lowlands of trivial thoughts about God behind. A low view of God leads only to mediocrity. But a high view of God inspires holiness and a resolute spirit. May you ascend to the heights of the mountaintop and behold, as Calvin did, the breathtaking glory of God.

Excerpt taken from The Expository Genius of John Calvin, by Steven J. Lawson
Posted by Robert Dickie at 12:02 AM