The Doctrine of Salvation 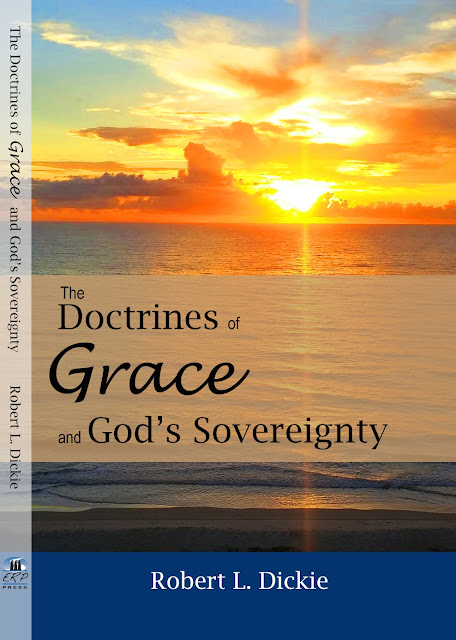 “Once admit that we are all naturally dead in trespasses and sins, and have no power to turn to God—once admit that all spiritual life in the heart of man must begin with God—once admit that He who created the world by saying, “Let there be light,” must shine into man’s heart, and create light within him—once admit that God does not enlighten all professing Christians in this manner—but only some, and that He acts in this matter entirely as a Sovereign, giving no account of His matters—once admit all this, and then see where you are. Whether you know it or not, you admit the whole doctrine of Election!”

“If when you get on your knees before God you do not realize that you are a ‘debtor to mercy alone’, I confess I do not understand you. There is something tragically defective, either in your sense of sin or in your realization of the greatness of God’s love.”

My new book on the Doctrines of Grace will be available soon!

Bibles Being Burned In Iraq 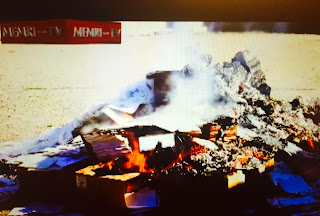 Bibles Being Burned By Isis In Mosul, Iraq

This picture of Bibles being burned in Iraq should be a cause of great concern for all Christians and for all freedom-loving people in the West. If a single Quran is burned anywhere in the Western world and it is reported on the news, the response is very predictable. Tens of thousands of Muslims worldwide would riot in the streets. Chants of death to infidels fill the air. And in many places Christian churches would be burned, and some Christians would even be killed.

Today in the Middle East, Christians are being crucified, raped, burned to death and tortured. Bibles are being burned, Christian churches  are destroyed, Christians are forced to flee the Middle East for their safety. A genocide against Christians is being waged by many Muslim groups in that area of the world. Muslim terrorists are waging jihad all over the world and it is a daily occurrence that one or several Muslims carry out vicious attacks against the West while screaming “God is great” in Arabic.

Why won’t our president announce that this is a reality and do something to stop the suffering of Christians at the hands of these terrorists all over the world? Instead of addressing these issues, our president takes every opportunity to scold Christians for being Islamaphobic and paranoid about the presence of Muslims pouring into our country. He reassures us that the real problem in the world is not Islam but Christianity. Excuse me, but the facts indicate otherwise. The Mayo Clinic defines a phobia in this manner:

“A phobia is an overwhelming and unreasonable fear of an object or situation that poses little real danger but provokes anxiety and avoidance.”

If I have a fear of the “boogeyman”— that is an unreasonable fear that can be called a phobia. But if I have a fear that there are many Muslims in the world that would like to wipe Christianity off the face of the earth— that is not a phobia, it is a fact. I would like to ask all peaceful, moderate Muslims to denounce the burning of Bibles in the Middle East, the killing of Christians, the ongoing genocide against them and the barbaric terrorist attacks that are going on worldwide in the name of  Islam.

It’s time that our government does something about the slaughter of Christians in the Middle East and around the world.

“God is our refuge and strength, a very present help in trouble, Therefore we will not fear, even though the earth be removed, and though the mountains be carried into the midst of the sea.”  Psalm 46:1
Posted by Robert Dickie at 1:36 PM No comments: