Happy New Year To You All!

I want to give this brief message to all of my family, friends and members of Berean Baptist Church. May the Lord smile on you all and give you a wonderful new year. Our greatest joy in life is to live for the glory of our mighty God. This coming year let your light shine for His glory. May you all be greatly blessed and used in many wonderful ways to exalt our Lord and Saviour Jesus Christ.

Pastor Dickie
Posted by Robert Dickie at 5:23 PM No comments:

I want to wish all of my friends and all the friends and members of our Berean family a happy new year! As we look back over the year we all have so  many things to thank the Lord for in our lives. We have made it through another year by the grace of God and by His overwhelming goodness to us. For any failures or sins we may have committed this past year how grateful we are for the love of God that forgives and cleanses us from all unrighteousness! How comforting God's mercy and patience is with each of His children. Read Psalm 103 and it will warm your heart.

Here are a couple of verses that are special to me as I look forward to a new year:

"He hath shown you O man what does the Lord require of you, but to do justly, to love mercy, and to walk humbly with your God." Micah 6:8

"I will that you affirm constantly that they who have believed in God might be careful to maintain good works. These things are good and profitable to men." Titus 3:8

May this coming year be a year of serving and ministering to others. Let us not criticize but actively engage in making a difference in the lives of those around us.

May the Lord bless you all,

Posted by Robert Dickie at 12:25 PM No comments:

For Unto Us A Child Is Born!

"And it came to pass in those days, that there went out a decree from Caesar Augustus, that all the world should be taxed. 2 And this taxing was first made when Cyrenius was governor of Syria. 3 And all went to be taxed, every one into his own city. 4 And Joseph also went up from Galilee, out of the city of Nazareth, into Judaea, unto the city of David, which is called Bethlehem; (because he was of the house and lineage of David:) 5 To be taxed with Mary his espoused wife being great with child. 6 And so it was, that while they were there, the days were accomplished that she would be delivered. 7 And she brought forth her firstborn son, and wrapped him in swaddling clothes and laid him in a manger; because there was no room for them in the inn. 8 And there were in the same country shepherds abiding in the  field, keeping watch over their flocks by night. 9 And, lo, the angel of the Lord came upon them, and the glory of the Lord shone round about them: and they were sore afraid. 10 And the angel said unto them, Fear not: for, behold, I bring you good tidings of great joy, which shall be to all people. 11 For unto you is born this day in the city of David a Saviour, which is Christ the Lord...."

Posted by Robert Dickie at 4:37 PM No comments:

The Importance of the Presence of God

The great burden and task of the preacher is to lead people into the presence of God. Our lives, our example, our preaching, our worship should all facilitate to that end. This is a great message by Dr. Martyn Lloyd-Jones the great preacher from Wales, UK. Many who quote him know not the true spirit of the man. It is easy to quote great Christian leaders, it is another thing to seek to live as they lived and emulate their teaching and example.

One man who knew Dr. Lloyd-Jones so very well is my dear friend Vernon Higham. Men like these have been a great blessing to me over the years. I remember once asking Dr. Edgar Andrews if he ever missed the doctor (Lloyd-Jones) and he said something like this to me, "It is interesting that you ask me that. Just the other day I was thinking of how much I missed that dear man."

I pray that my ministry will truly lead people into the presence of God. I pray that my preaching, worship, living and all that I do will cause people to thirst for God and long for His presence.

This coming year may you all know the joy and the glory of the presence of God. To miss this is to miss the most important thing in life. We need to live daily in the presence of God and remind ourselves that we shall one day give an account for the life we have lived.

Posted by Robert Dickie at 6:15 PM No comments:

I want to wish our Berean Family a Merry Christmas. The text in Mark 10:32-45 gives us the reason why Jesus came from Heaven to earth.  Jesus is very precise about His reason for coming down from glory. This text is rich in many other lessons as well. I trust it will be a great blessing to all of you. I am using this text for my message tomorrow morning. 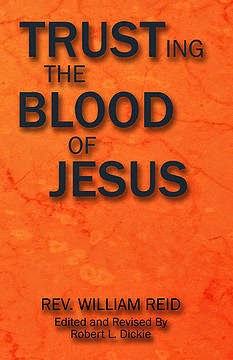 If you travel this weekend or during the week please go in the safety of the Lord. Make sure you keep your eyes on the Lord during this Christmas time. This is the great tragedy of so many that Christ is left out of the season. It is a joy to keep our eyes on the Lord and to find our deepest joys in serving Him.

If you have not read Trusting The Blood Of Jesus  by William Reid you have missed a tremendous blessing. I am currently reading this once again but this time with my family each night during the holiday season. We have many copies at the church book room. Anyone reading this can email me and I would be pleased to send you a copy for your edification and blessing. Here is a quote from one of the chapters:

“You must beware of resting your hope of salvation on your feelings, convictions, tears, repentance, prayers, duties, or resolutions. You must begin with receiving Christ and resting completely in His finished work. And you must not think that before you can receive Christ you need to have some sort of deep experience that makes you ready to put your faith in Him.” From Chapter 3

I look forward to seeing you all tomorrow. God bless and once again, Merry Christmas!

Pastor Dickie
Posted by Robert Dickie at 8:50 PM No comments:

Merry Christmas To My Berean Family!

Silent Night is one of my favorite Christmas carols. This rendition is beautiful. I trust that all of our Berean Family will have a wonderful Christmas this year. Use this time of year to share your faith, to live out your faith, and to be a blessing to those around you.

Pastor Dickie
Posted by Robert Dickie at 10:46 PM No comments: 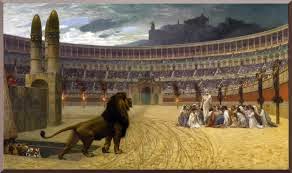 Dangerous Trends
In
The Church of Jesus Christ

I have a burden for the Church of the Lord Jesus Christ. God’s vineyard is being trampled by the presence of dangerous wolves among the sheep. We should be alert today for the creeping errors of the Emerging/Emergent Church movement. Satan is the author of all deceptions. Satan is the father of all lies.

Recently I was speaking with another pastor who lamented that there has never been such a day like this in his life time where there are so many different heresies and threats to the cause of Jesus Christ. We face the onslaught of  the New Perspective on justification by faith alone, a watered down gospel that is heavy on God’s love but light on God’s call to repentance and holiness, Postmodernism, The Emergent/Emerging church movement, Secular Humanism, the New Atheism, the rise of Islam and the call for a Caliphate, Political correctness, multiculturalism, the return of ecumenism,  the use of gimmicks to build the church, and at the same time we see the death of Western Civilization, a departure of biblical worship, an eroding of the authority of the Word of God, an eschatology of pessimism, and a incipient worldliness that is creeping into the church. This does not include the long list of cults that are among us such as Mormonism, Jehovah Witnesses, the New Age movement, Hinduism, and reincarnation, Buddhism, and a host of other religious cults.

When we consider the dangers of the Emerging/Emergent church movement what things should we be alert to? First, we must resist any form of tampering with the gospel of Jesus Christ. Second, we must be wary of any one or any movement that suggests that the church has been in error for the last 1700 years. Run from such nonsense as fast as you can. Third, when anyone starts to water down preaching and adopts a casual, trite, and silly manner of delivering the Word of God we must run from that as if we are fleeing the plague. Fourth, we must be alert for the departure of throne room worship. Worship matters! If we lose the art of biblical worship we lose everything. It is that important. I draw a line at worship. Cross that line with a worldly, carnal, silly, casual approach to God and you have become an agent for the demise of the historic faith that was once delivered to the saints.
An article written on a blog by a concerned Christian expressed this concern about the presence of error creeping into the church:

“My heart is troubled. I found out my church is beginning to adopt some of the “Emerging church” doctrine.  It is scary to see such deception creep into our supposed “safe places” and through people who should know better.  It is where God wanted us to be able to recharge in between venturing out into this world to be His light.  This time it is so sinister as to use “missionaryism” to our communities as the topic.  A topic that every church wants to improve on and do the Lord’s work by bringing others to Christ.  But the methods they are suggesting are dangerous and disarming.
I feel we may be losing ground to these feel good/new age Emergent’s.  In this new approach, they stress that we (the saints) need to leave our Bibles and God’s word behind and go out and make friends with non-believers (sojourners) in a non-confrontational manner by joining their groups and once we have become friends, we are to invite them back into our community groups, which they are calling “incarnational communities”.   There we can fellowship with them in a non-discriminatory manner to show them God’s word without confrontation.  To tell you the truth, the actual process feels deceptive to the non-believers and somewhat cult-ish. It was the word “incarnational” that set off alarms so I began doing some homework on its roots…
I can’t believe they said to leave our Bibles behind and go out into this world.  Are we really to become part of this world to bring non-believers to Christ?  After we are born again, we are to be in this world but not of this world.  God’s word tells us that we are to be his light to the world by living differently due to my faith and the hope that my faith in Christ gives me.  God’s word (the Bible) is one of the items God said “above all” do not leave behind.  It is part of our holy armor Paul describes in Ephesians.
Ephesians 6:10-20 – (NKJV) – The Whole Armor of God

Posted by Robert Dickie at 2:09 PM No comments: