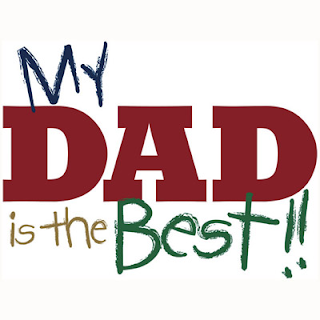 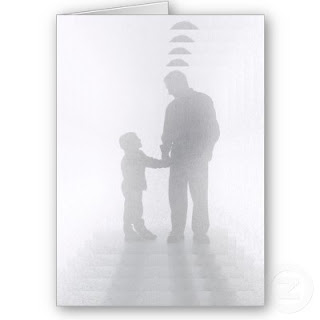 This Sunday is Father's Day. I want to wish all of the men of our church a happy and wonderful Father's Day. Not all of us have children but all of us have a father. Whether your father is living and has passed away this is a day to pause for a few moments and to thank the Lord for the wonderful gift He has given us in the Fathers that He placed over us. Yes, I believe that every father is a gift from God. Even if the father you have did not or does not know the Lord. The Lord is wise and knows exactly what He is doing. When He gave you your father He knew what was best for you. May we all show our gratitude to the Lord for the wonderful gift of life that came to each of us through the biological father that brought us into life.

I was reading a column by Cal Thomas on his love and respect for his father and it brought tears to my eyes. It caused me to think about my father who passed away back in 1989. The years have come and gone but the void and pain that I still feel at times haunts me. I trust this column by Cal Thomas will be a blessing to you all.

I still miss sending him a Father's Day card and finding a present beyond the predictable tie he might like. Shopping for a card by an anonymous rhymer that expressed the right sentiment was always a challenge, so I wrote notes and eventually a letter telling him how much I loved him and what he meant to me. He framed it and hung it in his office.

People of a certain age think he was Lowell Thomas - the famous newscaster and Fox Movie tone newsreel narrator of another era. That's because Lowell and I share the same last name and the same profession. But, no, Clinton Samuel Thomas was nothing special to the world, only to his family. And he was special to my brother, Marshall, who was born with a defect diagnosed as mental retardation. How Dad treated my brother taught me a profound lesson. He spent a lot of money on doctors and in search of the right environment for my brother after keeping him at home for years when many suggested institutionalization.

My father survived the Great Depression and World War II, and these experiences burnished his character and honor and made him realize that things are less valuable than people, family and relationships. We never lacked the essential things as I grew up and did not miss luxurious things.

I remember when he took me to buy my first suit and told me, at age 12, how I was becoming a man. I recall the baseball games and the smell of hot dogs and real grass and how good it felt doing guy stuff with him. I inherited no money but got his fishing tackle box. Priceless.
Are too many men too busy to be much more than biological fathers today? Have they convinced themselves that more hours on the job in order to buy more stuff is of greater importance than inhabiting their place in the home and their position as father in the hearts of their children?

My recent high school reunion concluded with a tour of the old building. When we arrived at the gymnasium - where I had played basketball - a classmate asked me what I remembered most about those games. I said that while I recalled a few shots that actually went in, what I remembered most was that my Dad attended every home game. I pointed to where he sat on the upper row. It is an image burned into my heart and mind. One year he promised a steak dinner to the entire team if we beat our arch-rival. We did, and he came through. On that night, my teammates seemed to love him as much as I did.

My father treated my mother with honor and respect. He never let me call an adult by his or her first name and demanded I show respect to my elders. When he let me drive shortly after my 16th birthday, he made it clear he had rules for using his car, just as there are rules of the road. When he said he wanted me back at a certain time, if I wanted to drive again, I returned at the appointed hour until I was able to buy my own car (with his help on the bank note).

Times change, but standards don't. Not a family on my boyhood street experienced divorce. Now divorce is common. Then, a battered woman was a rare occurrence. Now it is far too frequent. Boys were taught by their fathers to respect women. Most guys I knew in high school were virgins, though many lied about it. "Safe sex" meant saving it for marriage.

My favorite picture is of Dad feeding me a bottle when I was 6 weeks old. He is dressed in a suit and a large smile. His right hand holds the bottle, while his left hand is cupped around my shoulders. It is a picture of security and serenity. I wish more boys had fathers like mine. I wish even more that mine was still with me.