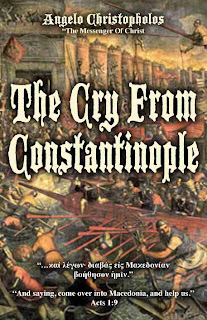 Radical Islam Is A Serious Threat To Our Freedom!
The murder of an American diplomat in Libya is a terrible event and once again reveals the ongoing war that radical Islam is waging against the West. For our President to suggest that we reject all attempts to denigrate the beliefs of others is, in fact, an attack on the freedom of speech in our Republic. As a Christian minister I welcome any and all questions about my faith. There have been many times that my belief in the deity of Christ, the resurrection of Christ, the truthfulness of the Bible, and many other Christian tenets that I hold dear have been questioned, ridiculed, mocked and rejected. But the response from me and other Christians has never been one of sending suicide bombers, terrorists, and violent protesters to rage in the streets in defense of our faith. The extreme violence of these people shows how morally bankrupt the ethic of their faith really is. If we accept what our President says about denigrating the beliefs of others we are accepting the myth that all religions are equal and  have merit. It is teaching our children a form of religious relativism. And we would never be able to discuss the real ethical and moral differences between our beliefs without being accused of denigrating some other religion. This is really an attempt to silence Christians and to give the enemies of the Christian faith an opportunity to spread their beliefs without being held to the test of verifying the truth claims of those religious groups. This is an attack by our culture on our religious freedom as well as an attack on our freedom of speech. If this continues those who speak about the validity of the Christian faith or who defend the truth claims of the Christian faith  will be accused of hate speech. How can one discern what truth is if one cannot discuss why one faith may be right or another faith may be wrong? The differences between Christianity and Islam are enormous. They cannot both be right. If someone asks me why I think Christianity is true and why Islam is not true how can I answer that without being accused of denigrating another faith? Our President is setting the stage for a persecution of those who would be courageous enough to speak out on this very subject. We must not be silenced by the nonsense that to explain the truth claims of the Christian faith is somehow offensive and denigrating the faith of others and therefore gives them the right to murder people. Being offended does not give one the right to be barbaric. I think the deplorable behavior of these radical Muslims reveals much about the faith they follow.
I would recommend everyone to read, The Cry From Constantinople. You can order it on Amazon for your  Kindle e-reader. I believe it is an easy read and explains the real nature behind radical Islam. The war against Christianity and the West continues. We need to wake up to the great dangers this threat is to our future and to our security. 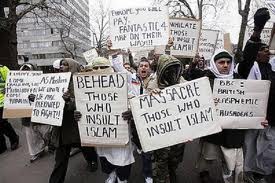