Made In The Image Of God 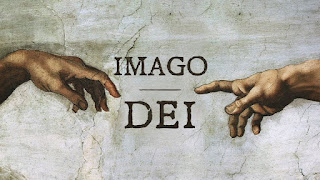 The Christian Perspective On
Race Relations

Because the political left, in this current war on Christianity, is quick to label any comments that view Western civilization and white European culture positive in any way as bigoted and racist it is necessary to state the Christian perspective on race relations. The Bible teaches that God made all men in His image. As the image bearers of God, all men of every ethnic background are born with a sacred dignity as the apex of God’s creation. This demands that all human beings be treated with respect, dignity, and justice before God. Prejudice based on skin color or ethnic background is a sin and forbidden in the Scriptures. While all men must be treated with biblical justice, righteousness and Christian kindness the behavior of all men is to be evaluated by the laws and commandments of God’s holy word. Therefore, while every person of every ethnic background is to be treated with Christian love and respect, the particular beliefs and behaviors of the various cultures, religions, and world-views are to be accepted or rejected based on their adherence to or departure from God’s word. The result of this may include censure, rebuke, or condemnation.

Not all cultures, religions, lifestyles, beliefs, or practices are endorsed by the Holy Scriptures. When any belief or practice departs from God’s Word it will and must be rejected by the Christian church. To do otherwise is to be unfaithful to the Christians high calling in Christ Jesus. In every era of every century since the resurrection of Jesus Christ and the founding of His church Christians have faced the culture, kings, kingdoms, parliaments, and people of the world and have declared, “Thus saith the Lord.”

Because of their courageous stand through the centuries, many of God’s choicest servants have been imprisoned, tortured, killed and martyred. The religious freedoms that our forefathers bequeathed us  are being slowly taken away. Christians are under increasing pressure to either compromise their faith or to remain silent on issues where the Bible speaks. Personal rejection, persecution, stiff penalties, and imprisonment is rapidly increasing in the Western world towards those who take a stand on biblical issues.

Christians are now being called bigots and racists for being faithful to the historic Christian faith. But God’s people must fearlessly repeat what German reformer Martin Luther said before the Diet of Worms, “My conscience is captive to the Word of God…Here I stand. I cannot do otherwise. God help me. Amen.”

Posted by Robert Dickie at 2:29 PM