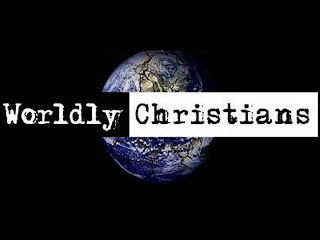 "Many who regularly occupy church pews, fill church rolls, and are intellectually acquainted with the facts of the gospel never strike one blow for Christ. They seem to be at peace with his enemies. They have no quarrel with sin and, apart from a few sentimental expressions about Christ, there is no biblical evidence that they have experienced anything of the power of the gospel in their lives. Yet in spite of the evidence against them, they consider themselves to be just what their teachers teach them -- that they are 'Carnal Christians'. And as carnal Christians they believe they will go to heaven, though perhaps not first-class, and with few rewards."

This is a quote by Earnest Reisinger a Reformed Baptist. His comments ring true for far too many today who claim to be the followers of Christ. Those who belong to the Lord will have real and abiding fruit to give evidence of the Spirit's work in their lives.

If a person is content to be a carnal, lukewarm, indifferent Christian he may find in the day of judgement that he is no Christian at all.

I have known professing Christians who were masters of deception and manipulation. They could lie without conscience, deceive without blinking an eye, were able to quote Scripture to suit their purposes, and could put on the robes of an angel.

The Church of Jesus Christ should not be surprised that there are those in her midst that have such powers to mislead. Satan himself can transform himself into an angel of light.

What the church needs today is for wise and godly leaders who have wisdom to see through the phoniness of false prophets and wolves in sheep's clothing.

Dear Berean family beware of the carnal Christian!!!
Posted by Pastor Robert L. Dickie at 2:40 AM

Pastor, I love this!