The Clash Of Civilizations 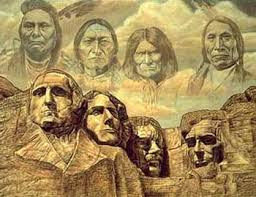 Dear Bereans, the following material is from my book, "The Clash Of Civilizations." This book is defending the Christian roots and heritage of our nation and founding fathers.

What is Feeding the Anti-American Hatred of Our History?

What fuels this anti-western, anti-American bashing and self-loathing hatred of our history? Behind it all is the hatred of Christianity. To admit that our forefathers carved out of this vast wilderness of the New World the greatest nation in the history of mankind does not fit the narrative of this generation. They simply cannot admit the superiority and effectiveness of the Christian worldview. So they attack it at every opportunity that they can. But the criticisms of this generation of revisionist historians does not reflect reality. Using guilt manipulation, self-loathing, white masochism, anti-western and anti-Christian bias, these people are slowly dismantling the greatest nation on earth. The question should be asked, “What will their new world be like? What are these revisionist historians making?” The answer is already here to be seen by those who have the wisdom to read the signs of the times. Let’s consider what this politically correct generation has destroyed and what they are replacing it with.

What this generation has created is only an empty shell that resembles our past in name only. We are the United States of America. But we are not the great nation that once stood on the shoulders of giants and fed itself on the Judeo-Christian Scriptures. This generation has dismantled the American Dream, piece by piece, and have replaced it with the American nightmare. In reality, this generation has taken us back 400 years and has recreated a culture that resembles the primitive, savage, superstitious, and violent culture that our forefathers encountered when they first stepped on these shores.

Unless the Lord intervenes, it will only get worse. America of the past was great for specific reasons. All of those reasons have been rejected by most of our citizens today. We are only a shell of what we once were morally. The collective character of our Christian past is spent. What is left is a morally bankrupt nation slowly sinking back into pagan godlessness.

Posted by Robert Dickie at 9:49 PM