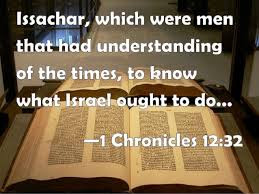 Psalm 11:3, “If the foundations be destroyed, what can the righteous do?”

The United States has had a wonderful history of great leaders.  This year (2008) as we are going through the process of choosing candidates to be nominated for our next presidential election, there are reasons for all true Americans to be concerned.  We are involved in a great culture war.  Perhaps, never again will this country know such men as Washington, Adams, Lee or Lincoln.  The culture that produced these great American heroes is passing away.  The new world emerging is a world filled with victims: those who believe in entitlements and the masses of little minds that are easily intoxicated with shallow thoughts and selfish gains.  Great leaders of character, integrity, and the ability to think deeply are being replaced by pundits, pop-stars, and Pinocchios.  All liars!  Leaders making promises that cannot be kept. They are lying most of all to themselves.  Men blinded by their own ambitions and delusions.  We have one last chance to fight this battle.  This culture war is for all the marbles. The fight is being waged in the Valley of Decision.  What will be decided is whether or not truth and righteousness will prevail, or whether we will slip into a new Dark Age.  The United States is rapidly being transformed into a third-world country.  We are becoming a banana republic.  Our greatness is vanishing, and our future is dying.  We should all be concerned.

Do you doubt this?  Dr. Peter Kreeft a professor at Boston College has written extensively on Christian Apologetics.  Referring to the culture war we are facing Dr. Kreeft said, “If you can't see that our entire civilization is in crisis, then you are a wounded victim of the war. We are now engaged in the most serious war that the world has ever known… If you don't know that our entire civilization is in crisis, I hope you had a nice vacation on the moon… Many minds do seem moonstruck, however, blissfully unaware of the crisis—especially the "intellectuals," who are supposed to be the most on top of current events.”  Another writer, Scott Bidstrup, made these telling comments on the gathering storm that threatens our culture: “Even a casual observer of the American culture cannot help but be impressed by the increasing degree of polarization not only of American politics, but of cultural values and even lifestyles and attitudes. There seems to be an endless array of conflict - not just minor differences of opinion, but major conflict - even resulting in violence and murder. The results seem to be applauded or abhorred - depending on whose side you are on. The outcome of this conflict could not be more important - it is nothing less than the survival of Western Civilization. This is because the roots of this conflict run far deeper than most people realize, and its consequences far more serious.” Actor Charlton Heston gave a speech in which he described the current culture war that is tearing America apart.  Heston wrote: “Dedicating the memorial at Gettysburg, Abraham Lincoln said of America, 'We are now engaged in a great Civil War, testing whether this nation or any nation so conceived and so dedicated can long endure.' Those words are true again. I believe that we are again engaged in a great civil war, a cultural war that's about to hijack your birthright to think and say what resides in your heart.”

The fact that we are in a culture war in America and that there is an attempt to secularize the west is evident everywhere.  Ravi Zacharias, understood this when he wrote these poignant words:

“We are living in a time when sensitivities are at the surface, often vented in cutting words.  Philosophically, you can practice anything (in the Western World), so long as you do not claim that it is a ‘better’ way.  Religiously, you can hold to anything, so long as you do not bring Jesus Christ into it.  If a spiritual idea is eastern, it is granted critical immunity; if western, it is thoroughly criticized…All religions, plainly and simply, cannot be true…It does no good to put a halo on the notion of tolerance as if everything could be equally true.”  Jesus Among Other Gods, p.4 Many intellectuals understand that it is open season on the Christian faith and those who believe in moral absolutes.  It should not be missed that if the Christian faith is destroyed, if it is made irrelevant, or if it is shoved to the back seat of influence so to speak, the change to our culture will be profound beyond our imaginations.

Speaking of the collapse of western culture, G. K. Chesterton, an astute observer of humanity said, “We have become a culture with our feet firmly planted in midair.”

James Davison Hunter said the culture war is, “The struggle to define America.”

What are the signs and the evidence that we are in a major culture war?  Let me suggest a few things that should shock us all.

To fight this culture war, there are three things that are necessary.  According to Dr. Peter Kreeft they are: “To win any war, the three most necessary things to know are (1) that you are at war, (2) who your enemy is, and (3) what weapons or strategies can defeat him.”  Most Americans are clueless about these three things.

Let me share some evidence of this decline and descent into lunacy.  At President Bush's annual Ramadan dinner at the White House, (did you know the President has an annual Ramadan dinner?), he announced for the first time in our nation's history, we have added a Koran to the White House Library.  This is not a move in a positive direction!  Robert H. Bork made these insightful comments on the demise of American culture:   “But the manifestations of American cultural decline are even more widespread, ranging across virtually the entire society, from the violent underclass of the inner cities to our cultural and political elites, from rap music to literary studies, from pornography to law, from journalism to scholarship, from union halls to universities. Wherever one looks, the traditional virtues of this culture are being lost, its vices multiplied, its values degraded-in short, the culture itself is unraveling.” Bork continues and lists some of the telltale signs of the decaying of our culture, “coerced equality: quotas, affirmative action, income redistribution through progressive taxation for some, entitlement programs for others, and the tyranny of political correctness spreading through universities, primary and secondary schools, government, and even the private sector… Vulgarity and obscenity are, of course, rife in popular culture. Rock is followed by rap; television situation comedies and magazine advertising increasingly rely on explicit sex; such cultural icons as Roseanne Barr and Michael Jackson can be seen on family-oriented television clutching their crotches. The prospect is for more and worse. Companies are now doing billions of dollars' worth of business in pornographic videos, and volume is increasing rapidly. They are acquiring inventories of the videos for cable television; and a nationwide chain of pornographic video and retail stores is in the works. One pay-per-view network operator says, "This thing is a freight train."

The liberal media, political thinkers, and post-modern philosophers increasingly use the rhetoric of “We have rights!” to cram their secular, humanistic and anti-Christian bias down our throats.  Their mantra is “People have a right to view pornography, and if you don’t like it, don’t buy it.”  This thinking eliminates the possibility of restraints in a culture and enables the moral fabric of a society to rot at its very core.  And the idea, “if it offends you, don’t buy it” is also deceiving.  Because whether we buy these moral degrading items or not we will be affected and influenced by those who do.  As  movie critic Michael Medved put it, "To say that if you don't like the popular culture then turn it off, is like saying, if you don't like the smog, stop breathing.”  When we tell people that if they do not like something to stop buying it, stop listening to it, or stop watching it, is really a surrender to the cultural slide and is an admission that we can do nothing to prevent the degenerating sickness in our society.

Ann Coulter, syndicated columnist and author, commented on the hypocrisy of the Supreme Court’s decision to forbid the public display of the Ten Commandments.  She understood that the argument of the Supreme Court was based on the premise of the separation of church and state (an often misunderstood and misapplied concept).  The court argued that it is not the right of the government to support religious values in the public square.  But Coulter was quick to point out the many examples of the government promoting secular humanism, which is a religion, and other moral and religious ideas in the public square.  Here is what Ann Coulter said:

“To put the Supreme Court's recent ban on the Ten Commandments display in perspective, here is a small sampling of other speech that has been funded in whole or in part by taxpayers:
This is the America we live in! A country founded on a compact with God, forged from the idea that all men are endowed by their Creator with certain inalienable rights is now a country where taxpayers can be forced to subsidize "artistic" exhibits of aborted fetuses. But don't start thinking about putting up a Ten Commandments display in a court room. That's offensive!”
A recent prayer in the Kansas State Senate revealed the shifting culture of postmodern America.  “When minister Joe Wright was asked to open the new session of the Kansas Senate, everyone was expecting the usual generalities, but this is what they heard:  "Heavenly Father, we come before you today to ask your forgiveness and to seek your direction and guidance. We know Your Word says, 'Woe to those who call evil good,' but that is exactly what we have done. We have lost our spiritual equilibrium and reversed our values. We confess that we have ridiculed the absolute truth of Your Word and call it Pluralism.
We have exploited the poor and called it the lottery.
We have rewarded laziness and called it welfare.
We have killed our unborn and called it choice.
We have neglected to discipline our children and called it
building Self-esteem.
We have abused power and called it politics.
We have coveted our neighbor's possessions and called it
ambition.
We have polluted the air with profanity and pornography and
called it freedom of expression.
We have ridiculed the time-honored values of our forefathers
and called it enlightenment.
Search us, Oh, God, and know our hearts today; cleanse us
from every sin and set us free.”

We are at war!  The culture is disintegrating before our eyes.  If we lose this war, our children and our children’s children will live in a country that is a far cry from the place where we grew up and lived.

What can we do about this?

1.  Read these books:
2.  Get involved in the media war.  Encourage others to read, study, and think about the
culture war and the dire consequences if we lose it.

3. Turn off the TV and turn your family on to  reading and thinking.

5. Elect people to office who share the moral values and teachings of the Judeo-Christian
worldview.

6. Encourage your church and pastor to take a stand on the moral issues that are rotting our culture.

7. Build a strong family based on the principles and teaching of the Word of God.  The Bible and prayer
are our greatest weapons in this culture war!

8.  Train your children to think.  Help them to evaluate all competing worldviews.

I remind each of you of these famous words, “The only thing necessary for evil to triumph is for good men to do nothing.”

Posted by Robert Dickie at 3:54 PM No comments: