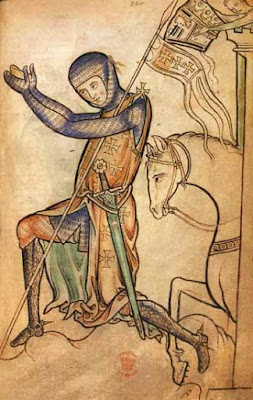 The Reason For Contending For The Faith

The first reason that I give you for defending the historic Christian faith is that it is under attack. From the moment in the Garden of Eden when the serpent raised a question about the truthfulness of God’s Word and asked, “Has God indeed said…?” to this present hour the faith has been under siege. The enemies of the Christian faith are many. The attacks come from every sector of society, from godless philosophies, false religions, humanistic reasoning, sinful unbelief and the vicious opposition from atheists and skeptics. All of these opponents are driven by Satanic powers the fuel their hatred and resistance to God an His Word.

So pervasive is the anti-Christian bias today and the viciousness of the attacks on the Christian faith that one observer of Western culture made these observations:

“…to call yourself a Christian in contemporary Britain is to invite pity, condescension or cool dismissal. In a culture that prizes sophistication, non-judgmentalism, irony and detachment, it is to declare yourself intolerant, naive, superstitious and backward…In his wonderful book Unapologetic, the author Francis Spufford describes the welter (rolling waves) of prejudice the admission of Christian belief tends to unleash. ‘It means that we believe in a load of bronze-age absurdities. It means that we don’t believe in dinosaurs. It means that we’re dogmatic. That we’re self-righteous. That we fetishise pain and suffering. That we advocate wishy-washy niceness. That we promise the oppressed pie in the sky when they die… That we build absurdly complex intellectual structures, full of meaningless distinctions, on the marshmallow foundations of fantasy… That we destroy the spontaneity and hopefulness of children by implanting a sick mythology in young minds…’And that’s just for starters. If we’re Roman Catholic we’re accessories to child abuse, if we’re Anglo-Catholics we’re homophobic bigots curiously attached to velvet and lace, if we’re liberal Anglicans we’re pointless hand-wringing conscience–hawkers, and if we’re evangelicals we’re creepy obsessives who are uncomfortable with anyone enjoying anything more louche than a slice of Battenberg.”

What is true in Great Britain is also true in the United States. Western Civilization was once the bed rock of Christianity but is now the breeding grounds of unbelief, skepticism, atheism, and agnosticism. To call yourself a Christian is to announce you are either an idiot or a bigot. Call yourself a Muslim, a Buddhist, a Hindu or Sikh and you will be respected as an enlightened one.  But God forbid you call yourself a Christian in this age of anti-Christian bias.

A second reason to contend for the historic Christian faith is because it is the precious truth from God and it is worthy of the defense of all of God’s people who are the beneficiaries of this great gospel and the precious blessings that it brings to us. Western Civilization is facing a total collapse because the church in Europe and America have not risen to the occasion to defend the faith. We are therefore losing many of the great blessings that our forefathers won for us.

People will fight for and defend the things that are precious to them. If the doctrine of free justification, electing love, and regeneration are precious to your soul then we should rise up with all other defenders of the faith, who through the centuries, have gone forth boldly to “earnestly contend for the faith that was once delivered to the saints.”

A third reason we should defend the faith is because we are commanded to do so. Here are a few verses where we see the command of the Lord to defend the Christian faith against all her enemies.

“But sanctify the Lord God in your hearts, and always be ready to give a defense to everyone who ask you a reason for the hope that is in you, with meekness and fear.” I Peter 3:15

“…I found it necessary to write to  you exhorting you to earnestly contend for the faith which was once for all delivered to the saints.” Jude 3.

“Casting down arguments and every high thing that exalts itself against the knowledge of God, bringing every thought into captivity to the obedience of Christ.” II Corinthians 10:5.

We must not forget that negligence in this area is not merely a sign of laziness or dereliction of duty it is a sin.

A fourth reason for contending for the faith is that failure to do so is not only sinful disobedience but it leaves the Christian church weak and vulnerable to spiritual attacks and defeats. History reveals wide swaths of years where the Christian faith was either destroyed, debilitated, or so distracted that it could be said that it was rendered useless. A church that ceases to fight for the truth is a church that is doomed to die.  An anemic and lukewarm Christianity is a perfect recipe for apostasy and spiritual declension. Let’s look at our responsibility for defending the faith.

Without a rigorous and prompt defense of the faith, without an exposure of false doctrine and false teachers, without a vigilant leadership within the church the Christian community will be marginalized and eventually compromised. This calls for pastors and all Christian leaders to be watchful and alert. There must be an active defense of the Historic Christian faith. And this is not just for Christian leaders. All believers must join the fight for truth in an age of error and confusion.

A fifth reason for contending for the faith is because so many who have gone before us were willing, not only to contend for the faith, but were also willing to lay down their lives for the precious truths that we have in the Word of God. One pastor commented on the faith that we are called upon to defend:

“The faith that we cherish was preserved for us with the blood of hundreds of reformers. From 1555 to 1558 Queen Mary, the Catholic ruler in England, had 288 Protestant reformers burned at the stake—men like John Rogers, John Hooper, Rowland Taylor, Robert Ferrar, John Bradford, Nicholas Ridley, Hugh Latimer, and Thomas Cranmer. And why were they burned? Because they stood by a truth…”

May we all as Bereans be prepared to defend the faith that was once for all delivered to the saints!

Posted by Robert Dickie at 7:21 PM No comments: 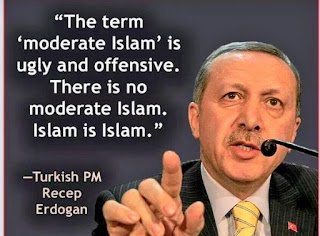 The sad tragedy of our current cultural situation in the West is that most people are so intimidated by Islam that to even think of asking these kinds of questions of a Muslim is unthinkable.

Think, however, that if there was a sizable Christian community anywhere in our country that believed similarly to Islamic doctrine how they would be harassed, dismissed, persecuted, scoffed at and made the brunt of endless jokes on late night TV talk shows.

In the West we are seeing an increasing attack on Christian culture while calling for more tolerance of the Islamic culture.

"But he that sinneth against me wrongeth
his own soul: all they that hate me
love death."
Proverbs 8:36

Posted by Robert Dickie at 4:47 PM No comments: