The Religion of Peace Speaks Again 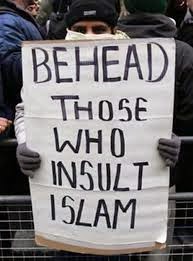 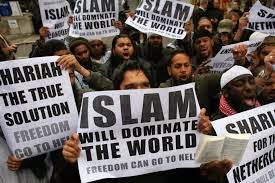 The Religion Of Peace Speaks Again!


Our hearts are grieved today at the terror attack that took the lives of at least 11 people in Paris, France. The "Religion of Peace"  has spoken again. The supposed reason for the attack was the publication of cartoons that some Muslims found offensive. We must not allow fear of these terror attacks to stifle our right to freedom of speech and expression. If we surrender our freedom of speech because of fear we are a defeated culture. Pray today for those grieving over the loss of their loved ones. And pray that our leaders will have the courage to resist and stop these religious fanatics who kill in the name of their religion.

PARIS (AP) -- Masked gunmen stormed the offices of a French satirical newspaper Wednesday, killing 11 people before escaping, police and a witness said. The weekly has previously drawn condemnation from Muslims.
French President Francois Hollande called the slayings a terrorist attack and said that several other terror attacks have been thwarted "in recent weeks."
Xavier Castaing, head of communications for the Paris police prefecture, confirmed the deaths in the shooting at the offices of Charlie Hebdo, a satirical weekly that been repeatedly threatened for publishing caricatures of the Prophet Muhammad, among other controversial sketches.
Hollande rushed to the scene and top government officials planned an emergency meeting.
Luc Poignant, an official of the SBP police union, said the attackers escaped in two vehicles.
A witness to the attack, Benoit Bringer, told the iTele network he saw multiple masked men armed with automatic weapons at the newspaper's office in central Paris.
Charlie Hebdo's offices were firebombed in 2011 after a spoof issue featuring a caricature of the Prophet Muhammad on its cover. Nearly a year later, the publication again published crude Muhammad caricatures, drawing denunciations around the Muslim world.
What is wrong with these people? A Muslim author writes a book denouncing Jesus as a fraud and attacks the Christian religion. Were there any massive movements or riots and threats to kill this man? Thinking people should note the difference between the "Religion of Peace" and the community of Christians worldwide.
People everywhere in the West should speak up and denounce these kinds of barbaric attacks and demand that Muslims everywhere also denounce them. I am convinced that this threat will be with us for years to come and will be the greatest danger to our freedom. The Church of Jesus Christ should storm the  throne of grace and beseech the Lord of the universe to move among the nations and turn multitudes to the gospel of peace.
In Christ,

Pastor Dickie
Posted by Robert Dickie at 7:35 AM